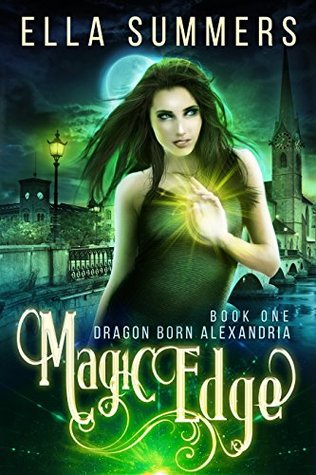 Mercenary mage Alex Dering has spent most of her life killing deadly monsters for only peanuts in return—until the world’s most legendary immortal hires her for a prestigious assignment in Europe. In return for hunting down misbehaving supernaturals, he’s going to pay her a boatload of cash.

But a straightforward slash and burn extermination in Zurich gets a whole lot more complicated for Alex when a gang of vampires steals one piece of a magical artifact that, once assembled, has the power to kill every supernatural in the city. Well out of her depth, she’s forced into a precarious partnership with a notorious assassin, a man as seductive as he is deadly. With a band of killers hot on their trail, Alex has no choice but to trust him—even if that trust could expose her most guarded secret.


Alex like her twin Sera, is a mercenary. She was hired two months ago to hunt outlaw supernatural in Zurich, which explains why she is not with Sera and their brother in California. She meets an assassin while in Zurich named Logan, his assassin name in Slayer. There is a group called the Convictionites that want to kill all supernaturals. To do this they have to use some magical orbs that they are collecting. Alex has vowed to stop them. Together they will fight against the odds to save the city and the Supernatural race.

Alex is just as feisty as Sera from the first book. I didn’t think I would like her as much as Sera, I kinda resented the fact that she wasn’t around in the last book. This one explains why and how important her work is. Kinda redeemed herself in my eyes. She really does kick butt and takes names. She is really down to earth and is quick to be open-minded. She doesn’t use her powers for the same reason that her sister, Sera didn’t use hers. This makes for some inventive moves on the battle field.

Logan, the assassin, as a love interest is well fascinating. As an assassin he should be fierce, yet with Alex he is almost loving. There is that scene with the handcuffs so not too loving. The fact that he is willing to team up with her to catch the group that is collecting the orbs does has its appeal. I just hope that he isn’t hired to kill her later on.

The Convictionites, the big baddie in this one is well interesting. They hate magic and all magic users but they themselves use magic items. Hmmmm…. I am thinking there is a back story here.

Magic Edge kept me interested. There were some times when I was like really? For the most part though, it was entertaining. The characters amused me to no end, sometimes that is all that you need.