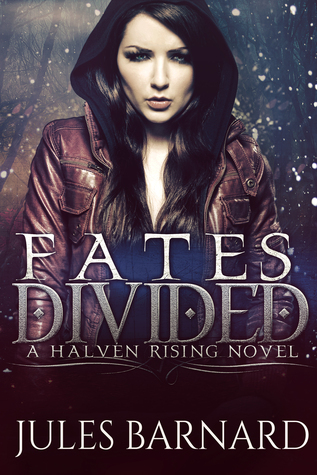 Elena Rosales has busted her ass to get into a good college. She’s the only one in her family ever to attend, and expectations are high. No pressure. But Elena’s got this one in the bag, because she’s as dependable as the molecules she studies, as reliable as the chemical reactions that comfort her in their predictability. Until they don’t.

Elena has always wondered why her mother abandoned her on her first birthday. It’s not until she turns eighteen and her chemistry experiments go berserk that she learns the truth: Her mother wasn’t human, and the Fae are willing to harm those Elena loves if she doesn’t use her power over the elements to cure them of a deadly disease.

Derek, Elena’s brooding neighbor, isn’t the friendliest guy, but he has access to an off-hours lab and is willing to help Elena create the antivirus. He has his own secrets to keep, and this business Elena is mixed up in could blow his cover. But when Elena and Derek get together, more than chemicals spark fire—and they soon discover just how complicated attraction can get when they find themselves on the other side of the portal, fighting for survival. Lives collide, and allegiance and love are tested, in Fates Divided.

In the Halven Rising Series, love and ancient allegiances are threatened when the worlds of Fae and Halven collide. Each Halven Rising novel features a different couple and may be read as a standalone, but an overreaching story arc connects the books, so it’s fun to read them in order.


So there was an ad on a social media site that stated that this was just the book for fans of one of my favorite authors….

I normally love fae books. I am guessing that the issue here is me not the book. I went in expecting one thing and got another.

I could not relate to the main character, Elena. She claims to be very smart and yet she keeps doing dumb stuff. Elena’s never had a boyfriend before until Derek. For me there was no chemistry between the two. They start off as neighbors, and fellow science geeks. The relationship starts half-way through the novel and moves hello kitty fast. Then something happens, that pretty much ruined me cheering for them as a couple. I think the logical of the situations was also lost on me such as she has to go invisible (Derek’s halven ability). In order from them to make her invisible, they have to literally make out. How do you run from the enemy while making out? The enemy with arrows and swords? Seriously how does he run miles carrying her kissing the whole time- if they stop they become visible.

What I did like was Elena’s body guard Keen and her roomie Reese. That is a story that I am looking forward too. Fates Divided was just not the book for me below are some links to folks who loved it.

Favorite Quote Definition of man cold: an affliction only caught by men, exhibiting cold-like symptoms, but no one has ever been as sick or as tired as the man who catches the man cold.