Review: The Wolf Within 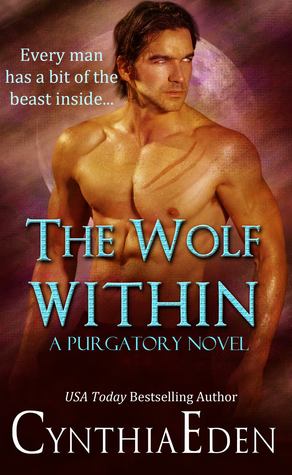 FBI Special Agent Duncan McGuire spends his days–and his nights–tracking real-life monsters. Most humans aren’t aware of the vampires and werewolves that walk among them. They don’t realize the danger that they face, but Duncan knows about the horror that waits in the darkness. He hunts the monsters, and he protects the innocent. Duncan just never expects to become a monster. But after a brutal werewolf attack, Duncan begins to change…and soon he will be one of the very beasts that he has hunted.

Dr. Holly Young is supposed to help Duncan during his transition. It’s her job to keep him sane so that Duncan can continue working with the FBI’s Para Unit. But as Duncan’s beast grows stronger, the passion that she and Duncan have held carefully in check pushes to the surface. The desire that is raging between them could be a very dangerous thing…because Holly isn’t exactly human, not any longer.

As the monsters circle in, determined to take out all of the agents working at the Para Unit, Holly and Duncan will have to use their own supernatural strengths in order to survive. But as they give up more of their humanity and embrace the beasts within them both, they realize that the passion between them isn’t safe, it isn’t controllable, and their dark need may just be an obsession that could destroy them both.

Author’s Note: THE WOLF WITHIN is an adult paranormal romance. It contains werewolves, vampires, adult language, sexy times, and lots of danger. Please consider yourself warned. THE WOLF WITHIN contains approximately 60,000 words.


Sometimes monsters are real, sometimes they kill. Sometimes someone human has to stop them. Duncan is one of those humans- a member of an elite FBI team. One who tracks then stops monsters. That is until he is turned into one. Before Duncan gets attacked by a werewolf he was attracted to Dr. Holly Young. After he gets attack that attraction turns into something more, a heck of a lot more.

When Duncan is turned it is discovered that he is an alpha- the current alpha in the city doesn’t want to share and so sends his minions to attack Duncan. Since Duncan was on the compound grounds at the time Holly got attacked as well. Then they discover they have to break into the special Paranormal Prison to get to the old alpha and discover who is trying to hurt their unit.  When they find out who the Alpha is- there are decisions that need to be made.

There just seemed like there was something missing with this one- maybe it was the tension between Duncan and Holly. There really wasn’t any. I tend to like the chase- the boy meets girl, girl pushes boy away, boy chases gal for a while, gal finally gives in and gives it a try. (or vice versa) There was none of that in this book. It was oh I’ve always been secretly attracted to you but now that I have gotten bitten I am all about jumping your bones.

Favorite Quote “I guess you’re not the only monster in the room,” she whispered.