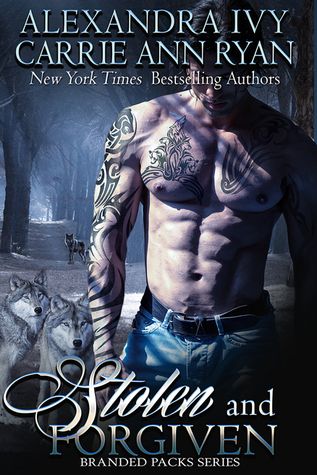 The first rule of being Alpha of the Canine Pack is to protect their secrets from the humans at all cost. One look at the dying human at his doorstep and Holden Carter knows he will have to break it. The broken woman with no hope at survival is his mate. When he forces the change on her to save her life, he not only sets forth motions that could risk both their lives, but the lives of every shifter in the world.

Ariel Sands grew up in a post-Verona infection world and under the care of the very humans she thought had cured the disease. When they betray her in the worst ways imaginable, she finds herself not only mated to the Alpha of a the very species she’s been taught to fear, but the focal point of a traitor and path to destruction for everyone’s way of life. It will take more than trust and a mating bond for Ariel and Holden to not only survive their enemies, but the burn of their own temptations.

Soren Slater is a Beta wolf who understands that duty to his Pack comes before his own needs. At a young age he takes a position as a liaison between his Pack and the other species of shifters. He never expected his enticing flirtations with Cora Wilder, a Tiger Princess, would encourage her cat to consider him a potential mate. He’s forced to walk away, choosing a partner among the wolves to try and strengthen his Pack.

Cora has no intention of forgiving or forgetting Soren’s rejection. Not even when the Packs are forced to live together and she discovers Soren’s former mate has died. But then, she’s kidnapped by the SAU and she has no choice but to work with Soren to escape. Together they must put the past behind them if they’re to survive the human’s evil plot.


I am going to do something a little different- yes two authors are involved here and yes there are two novellas. Logic would dictate that one reviews them individually but it makes more sense to review them as a whole. Mainly because you are introduced to the two main male characters right off the bat. Holden the Alpha of the Canine Pack and his best friend Soren the Beta. There was once a virus that was killing off humans, the shifters came out of the dark to help the humans find a cure. Their payment for their help was incarceration. For the last twenty-five years they have lived on a compound, collared and caged. To make matters worse once a year the Alpha of the pack has to brand the children with a hot iron. So collared, caged and branded for all to recognize.

Holden is suppose to take a mate- but he and his wolf haven’t found her yet. It is his duty as the Alpha to do this. Since he can’t Soren does, even though he does not love the woman that he is mated to. Instead he loves Cora, loves her and leaves her for the good of the pack. Hopefully to never see her again. Since Soren’s mate has passed there has been more pressure on Holden to mate. He goes out of a nightly run to get rid of stress and comes upon a corpse- or what will soon be a corpse. His wolf and he decide as one to turn this woman, because she is his mate. Ariel wakes up to find that she is very much alive thanks to a hunky man who bit her.

She is thrust into a world that she has no clue about. After all she was a human and what the government told the humans about the shifters would make you shiver in your boots. I adore Ariel- she takes everything as if it was no surprise. She steps up and helps the Pack. She does not back down. She instantly feels a connection to Holden but hello he did save her life. She is met with a lot of resistance. Someone will betray the Pack and that is where Cora comes in.

The betrayal of the Pack leads to the government forcing another shifter pack to move in with the wolves ironically a cat pack. Ummm great strategy as we all know that cats and dogs fight a lot. The government is kinda banking on it. Cora’s daddy happens to the Alpha of the Golden Pack. She is also the woman that Soren cast aside for the good of his Pack. Now that his wolf mate is dead he understands that mating for the sake of the Pack was a bad idea. Cora is now back in his sights and well to be honest she never left his heart. He just has to make her see that what he did was not as awful as it sounds.

Cora at times comes across as a spoiled brat- yes, she can have any cat she wanted. Yes is the Alpha’s daughter- but come on and forgive a wolf already. She drags out the forgiveness part of this relationship a little too long. Especially when faced with a common enemy, SAU (Shifter Accommodation Unit).

Stolen and Forgiven was an entertaining read. As the first book in a new series there was a lot of world building. Since mated pairs are fated there is instant-lust here, but for the sake of the storyline it is doable. I am looking forward to reading the next book in the series- it comes out Sept. 15.

Favorite Quote “I’m a male with a mate. I don’t need to make sense.”

Mandy- Submissive wolf, stronger than people realize
Claire- a wolf with a thing for Holden
Theo- a wolf in the Canine Pack
Max- Beta cat in the Golden Pack
Posted by Angela ReadingCave at 12:05 AM