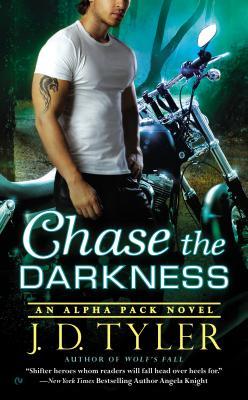 Believed dead by his Pack mates, Micah Chase, a wolf shifter and Dreamwalker, was held captive for months, subject to tortures that left him physically scarred and emotionally unsettled.

Now under the care of the Alpha Pack’s doctors, he’s been prescribed an experimental healing drug, but he still can’t shake the nightmares. Even more damning is that Micah’s problems pose a danger to his team, and if he doesn’t get himself under control, they’ll all suffer a terrible fate.

There is a key to his salvation. Jacee is a beautiful coyote shifter, and though her kind is hated, she’s falling in love with a man whose very future is in her hands. Together they’ll face his personal demons as well as a deadly enemy—and for both of them desire has never come with such risk.


Micah was presumed dead, instead he was being held captive by mad scientist. Mad scientists who would stop at nothing to get what they wanted. The only way Micah could get the torture to stop was by doing the things that were asked of him. He fought them, he fought them with everything he had but at times he gave in to them. Since being rescued he has been haunted by the things he did in captivity. The doctors developed a drug, one that was supposed to help him keep the nightmares at bay. Instead, he now has another problem to add to the long list of his problems.

One night while out with his team at the local bar, he interferes when regulars get a little rough with a waitress, Jacee. This waitress just so happens to be a coyote shifter and Micah’s mate. They recognize the connect right away but know that there are obstacles in their way. Micah’s stuff, the fact that Jacee had previously been involved with another Alpha pack member and finding out what the newest threat to the world wants does make it difficult to be together.

Micah is the kinda character that you want to cheer for but you tend to not have a lot of faith on his follow through. I worried that he made promises he couldn’t keep. I loved how loyal he was to Jacee since she is his mate. I stressed over his health and his choices. I got angry when he let Jacee and his team down. Ultimately though, I hoped he would get the happily ever after that he needed.

Jacee was a fun character to spend time with. Her lot in life has been hard, often times not worth it. She is always true to herself though. She knows that there is something wrong with Micah but doesn’t know what. She is a spitfire when it comes to him. She doesn’t allow him to get away with anything and I like that about her.

Chase the Darkness is a nice addition to the series. It moves the series along; it’s just that… well… I felt like it was missing something. I know I had high expectations for this story; I have been waiting on Micah’s story since I meet Rowan.

Favorite Quote “Even if I’d been human, my heart would’ve known you anywhere.”