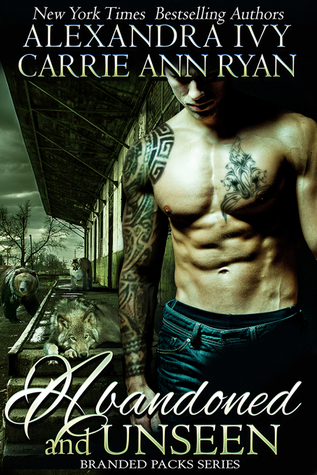 When bear shifter, Anya Tucker fell in love with the wrong man, the only thing she left with was a broken heart—and her two bear cubs. Now she’s mended her wounds and learned that in order to raise her babies she can only trust herself. When her sons meet the lazy cat next door and fall heads over tails for him, she’ll do whatever she takes to protect them—even from a past she’d thought she’d left behind.

Cole McDermott is a jaguar on a mission. Long naps, a willing woman, and a full stomach is usually all he needs when it comes to relaxing after a long day of protecting his Pack. Then he meets Anya and the burn of temptation is silky and tantalizing indeed. When a horror from Anya’s past threatens everything she loves, Cole will put everything aside and fight for her family—as well as his own.

Nicole Bradley had no reason to live after the humans murdered her son. Not until she learns to hunt down those responsible for his death. Shifting into her wolf form at night, she slips out of the compound, determined to do as much damage as possible. The last thing she expected was to discover secrets that could destroy the SAU.

Polar shifter, Tucker Stone, lives off the grid. It’s the only way the Unseen can avoid being rounded up by the humans and tossed into a compound. Besides, he’s a loner by nature. But he can’t walk away when he sees the pretty female wolf in danger. Risking exposure, he takes her to his hidden den and tries to heal her wounds.

Can a reclusive polar bear and a wolf with a death wish find happiness together?


Hmmm.. where to start? After the actions of the wolf and cat pack in book one of the series the humans had to retaliate. They do this by forcing the bears into the same compound. Either these humans are stupid or they are hoping for a shifter civil war. Too bad they haven’t realized that they have given the shifters a shared enemy to focus on.

Anya is a bear shifter that for some reason hates Cole- a cat shifter. Why no one knows, not even Anya herself. Cole for his part is pretty sweet guy he plays with her kids. Then daily he puts up with their momma yelling at him for them playing with him. He has no clue either why he does this. The babies end up getting kidnapped- by their evil human scientist daddy. Anya and Cole leave the compound to go find them. This is where the story gets a huge HUH from me. In the middle of tracking her babies, who have been kidnapped by a mad scientist, Anya gets the mating heat. That’s right y’all, she has to mate like NOW! That is where her story became game over for me. I just couldn’t- I finished reading it to get to the next one but what the what? Your kids have been taken come on.

Nicole is a sad wolf bent on revenge- seven years ago her five year old child had been murdered by human guards. His crime taking off his collar- umm he is five. I understand her need for revenge. I get that she leaves the compound to hurt the SAU- maybe not as badly as they hurt her but still. I liked Tucker for a Polar bear he was kinda cuddly. He recognizes her as his mate almost immediately and that helped move the story along. Since he is unseen and she is collared he had to figure out how to get her off of the compound without worry of discovery. The way they do this is pretty sweet. Let’s just say Tucker is one smart bear.

Overall, this was an interesting addition to the series. I did not like Abandoned but there are plenty of people who do. Unseen was a good solid story, that was interesting and hopefully will impact the direction of the series.

Favorite Quote “I can’t with you.”