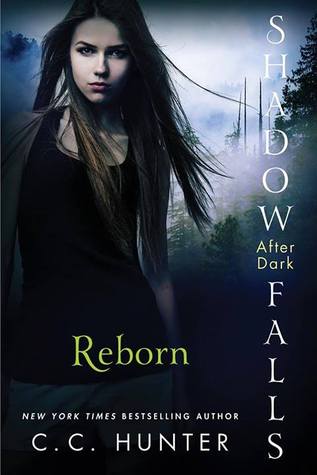 Return to the beloved world of Shadow Falls, a camp that teaches supernatural teens to harness their powers—and where a vampire named Della will discover who she’s meant to be.

For Della Tsang, Shadow Falls isn't just a camp: it's home. As a vampire who's never fit in with her human family, it's the one place she can truly be herself. But when a mysterious new guy arrives at camp, Della’s whole world is thrown into turmoil. Chase is a vampire with secrets, who knows more than he’s telling. But the more time she spends with him, the more she begins to trust this attractive stranger—and feel drawn to him. But romance is the last thing she wants—as she keeps telling Steve, the hunky shapeshifter who won’t stop trying to win her heart. And if Della isn't careful, he just might succeed.  When a new case puts everyone she cares about in danger, Della’s determined to do everything she can to save them . . . even if it means teaming up with Steve and Chase, who leave her more confused than ever. With their lives on the line, will Della and her friends survive—with their hearts intact?


When we last left Della, she was trying to get in with the FRU, the enforcers of the supernatural world. She had finished her first case with shapeshifter Steve. She got hurt so Burnett is reluctant to put her on another case.

Reborn starts off a few weeks after the original Shadow Falls series ends. While Della and Steve had gotten close in Saved at Sunrise, Della attempts to push him away in Chosen at Nightfall. On Kylie’s advice Steve decides to fight for Della. Every time she pushes, he bends. If it is space that she wants, he will give it. Just as long as he gets to spend time with her, he is happy-or is he?

Della soon gets put on a new FRU case this time with a new vamp, Chase. Chase knows that there is something going on between Della and Steve. He just doesn’t care. To round of Della’s stress, she of all people has a ghost following her around. Trying to warn her of something.

Della is kept busy- the case, the guys and the ghost all take up a lot of her time. She discovers a hidden secret in her family that she tries to investigate in her spare time. Then she gets sick- really sick, which is weird since vamps aren’t supposed to get sick.

Della regardless of the tests that are thrown her way continues to fight- it is what I admire most about her. Her parents literally suck, yet she still keeps going back to them in the hopes that they will learn to accept her. She keeps her head up, continues to do battle on all ends. Never once even entertaining the thought of quitting. Steve looks out for Della throughout the book and continues to worry over her.

Reborn has romance sprinkled on top of an action-packed adventures. Della’s faithful friends, Kylie and Miranda, are there to have her back and to call her out when needed. Reborn is a must read for all paranormal fans.

Favorite Quote “We could kiss and show them how it’s done,” a deep Southern voice said at her ear.