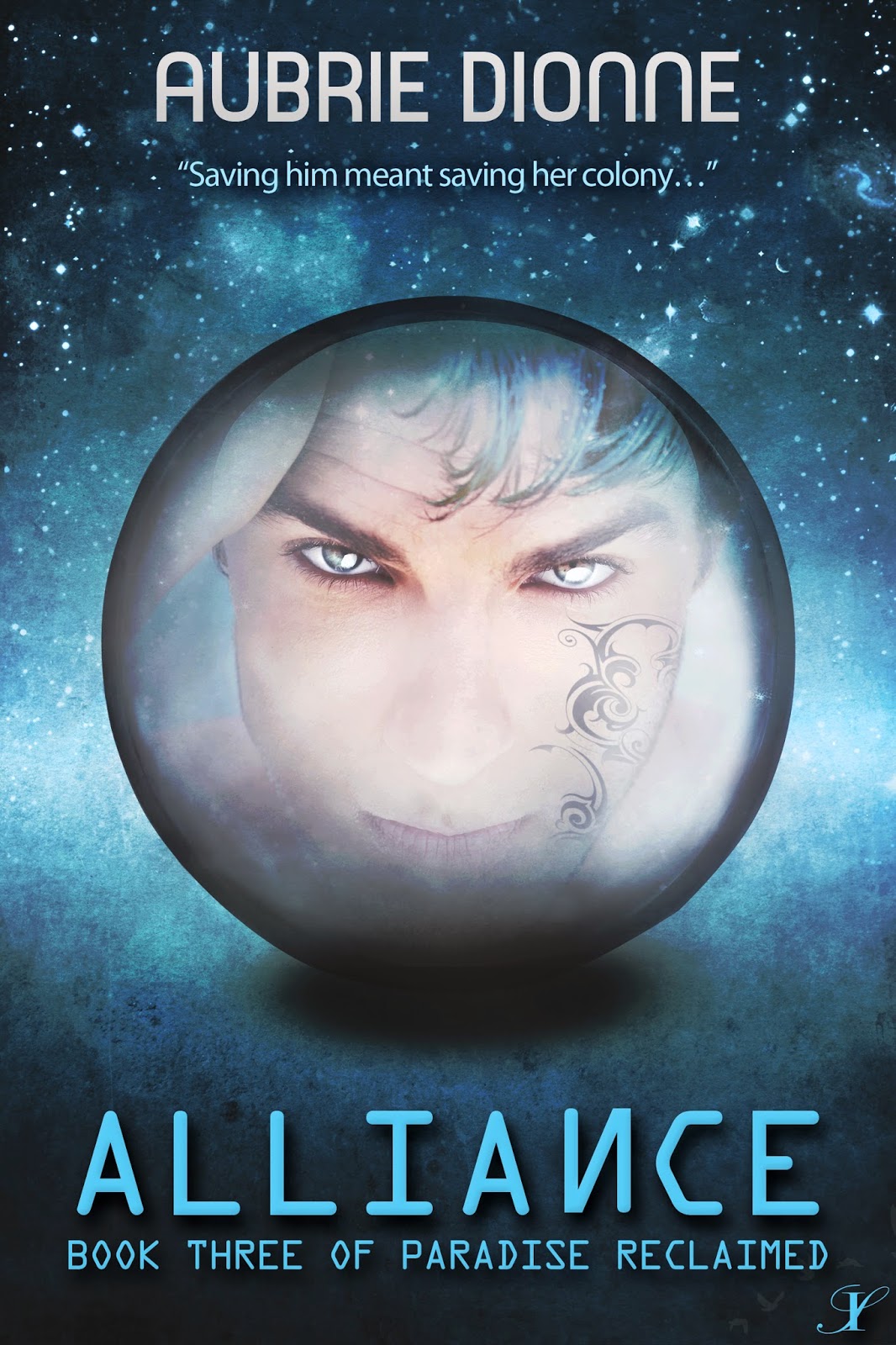 “Saving him meant saving her colony…”

Lyra Bryan has been saving people her whole life from a chick in the ventilation pipes to her mentally ill brother when his mind drifts back to Old Earth. She meets her match when she finds a gorgeous alien man aboard the arachnid ship. Captured after a failed attempt to save his people, his spirit is broken, craving only vengeance. To save her colony, Lyra must save his body and soul.

Lyra’s lifemate, Tauren, is jealous of her obsession with the alien man and will do anything in his power to break them apart. While they travel to the arachnid’s home world to defeat the mother brain once and for all, they must set aside their differences and work as a team. But, can Tauren be trusted?


Alliance is the third book in the Paradise Reclaimed series. Lyra has proven the previous two books that she would do anything to ensure the safety of her people. Her alliance to them has never been called into question. Her alliance to her lifemate is an entirely different story. Tauren is a horrible lifemate and how the colony does not know what a tyrant he is, is beyond me.

In the previous book Reconnaissance, Lyra and Nova battled the archnids, evil alien spiders. During the battle, they stumble upon Asteran, an individual from another planet, Priavenus, that the archnids attacked. Now her colony is keeping Asteran under lock and key as they are unsure of the danger he poses. Asteran shows Lyra what the archnids did to his planet- the same thing they are planning to do to hers. Lyra, Asteran, her brother Leo , Nova and surprisingly Tauren attempt to attack the Queen arachnid to prevent the destruction of their new home planet.

Lyra is a strong-willed young lady who wills top at nothing in order to help her people. She does at times avoid confrontation, especially with Tauren. However, with his reaction to when she does oppose him, I would probably avoid conflict with him as well. Her attraction to Asteran is instant- this is due to his alien mojo. You got to hand it to the alien man- his is HOT hot and extremely protective of Lyra. He also serves as a mentor to her brother Leo.

Alliance is an interesting book. The pacing was good, the story was entertaining. It did fail to bring the intensity of the previous two books.

Favorite Quote No offense, but I don’t want a space brain for a brother-in-law.


Nova- Lyra’s friend and commanding officer
Leo- Lyra’s brother, he is advanced which makes him weird
Tauren- Lyra’s lifemate (she should break up with him)
Posted by Angela ReadingCave at 12:05 AM