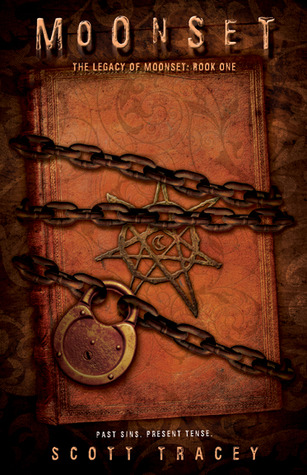 Moonset, a coven of such promise . . . Until they turned to the darkness.

After the terrorist witch coven known as Moonset was destroyed fifteen years ago—during a secret war against the witch Congress—five children were left behind, saddled with a legacy of darkness. Sixteen-year-old Justin Daggett, son of a powerful Moonset warlock, has been raised alongside the other orphans by the witch Congress, who fear the children will one day continue the destruction their parents started.

A deadly assault by a wraith, claiming to work for Moonset’s most dangerous disciple, Cullen Bridger, forces the five teens to be evacuated to Carrow Mill. But when dark magic wreaks havoc in their new hometown, Justin and his siblings are immediately suspected. Justin sets out to discover if someone is trying to frame the Moonset orphans . . . or if Bridger has finally come out of hiding to reclaim the legacy of Moonset. He learns there are secrets in Carrow Mill connected to Moonset’s origins, and keeping the orphans safe isn’t the only reason the Congress relocated them . . .

Read my 5 Star Review!
Posted by Angela ReadingCave at 12:05 AM