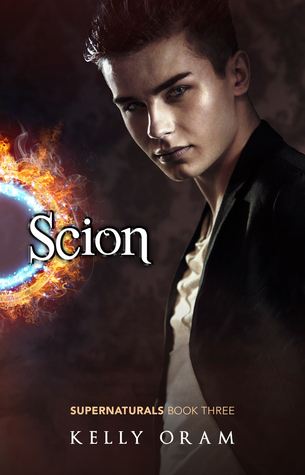 Russ Devereaux used to have it all—loving father, beautiful best friend, a carefree life in a town he loved, and strong magic. He was the king of his happy universe. Five months ago, that life was taken from him. Do not pass Go. Do not collect two hundred dollars.

He’s spent months fighting back and building himself a new life, in a new city, with new friends he now considers family. But suddenly, his new life might be in jeopardy of getting shot straight to hell just like the last one. Literally, this time.

He’s discovered power inside of him—an ancient, dark power that he shouldn’t have, can’t explain, can’t control, and definitely needs to keep secret. He needs answers, but before he can get them, he finds himself arrested and on his way to face the supernatural council. The same council that stole everything from him the first time.

As Russ struggles to keep his new power under wraps, his old life and he new one are about to collide and it’s bound to be explosive. He may not have all the answers he needs, but one thing is certain: he’ll be damned if anyone is taking his new life from him. That is, if he’s not just plain damned.


Scion is the third book in the Supernatural series. It starts off months after the ending of Ungifted. Throughout both books there has been one constant- Russ Devereaux. Russ has been the glue that has kept this series together. He moves fluidly throughout Dani and Grace’s worlds. He is what connects them. He unfortunalty has gotten the shaft. You see, Dani gets her happily ever after with Gabe (still not feeling him) and Grace kinda gets hers with Ethan (loving them). In Scion, you get to see the happy couple and pairing together again. Russ is alone, yea he has friends- Ethan’s momma took him in. He is still without a happily ever after which sucks because he is the one that cares the most of the three.

The council is evil- I still don’t like them regardless of what they say. Gabe makes me mad in this installment- so mad that I can honestly say I hate him. I want to shake Dani and scream at her “how can you side with this jerk?” Grace and Ethan of course are adorable. Now, back to Russ.

Without answers, he decides to return home. Clara tags along so that the happy couples are not split. Clara who Russ hates but has no clue why- Clara who is just as confused because she remembers a time when Russ did not hate her. He being the only person ever to not hate her. Why does everyone hate her? It may have something to do with her momma dearest. Who by the way needs to just die. That is one evil momma. Russ should be thanking God that Clara does follow him- as she is the reason he is alive. But does he- no he has an unexplained hatred of her. Being as smart as they are someone in the group should have figured out the root cause of their feud. Or at least suspected something. I love that Clara fights for him- even at the end. Even when Russ demands that she doesn’t.

Favorite Quote “Welcome to the freak club, my friend.”