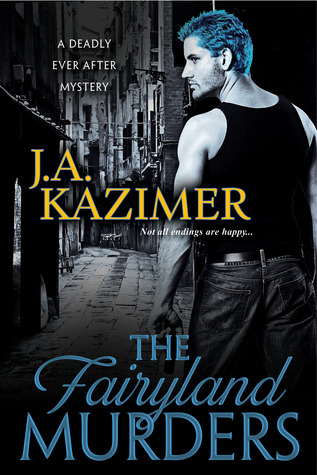 Blue Reynolds knows the darker side of New Never City—the side that’s hopped-up on fairy dust and doesn’t care if your house gets blown down. Rent’s due and his PI business is all but make
believe. But even Blue shudders at having to chase after Isabella Davis, a freckle-nosed redhead five feet tall on her tip-toes…if you don’t count the pretty pink wings.

Izzy is tough, and sneaky, and not too thrilled with the idea of being the new tooth fairy. The last six have been most gruesomely extracted. But Blue has a feeling that whoever is killing the tooth fairies is worse than your standard big bad psycho. The fairy council is hiding something. The Shadows are moving out into the light. And Blue is saddled with a shocking power that could take out half of New Never City…


Jack the Tooth Ripper has killed the last seven tooth fairies. Twin fairies who are the uncle to the next tooth fairy hires Blue to keep her safe. First of course he has to find her- Izzy doesn’t want to be the tooth fairy. Once he does, he is in trouble. He promises to keep her safe- doesn’t he know the way stories go? Keeping her safe may just kill him.

Blue Reynolds is an interesting fellow- his hair is bright blue and well he is electrifying. Literally when his emotions run high so does the voltage. He doesn’t let this get him down though instead he uses it to his advantage. He does have moments when his curse sucks. He is a man of honor- trying over and over again to keep his promises. I think that is what I liked most about him. He jumps head first into a situation if it means keeping his word. Izzy is a smart tough gal who can look after herself. She is hiding something from Blue.

The Fairyland Murders is a clever murder mystery set in the fairytale realm. I did not guess who the Tooth Ripper was at all, so that aspect of the story was intriguing. However, there was little to know relationship building, definitely no romance. While Blue and Izzy has some moments of flirtatious bickering that was about it. If you like mystery novels then you may like this one just keep in mind that it is set in the realm of fairytale land.


Favorite Quote Oh, the lifestyles of the poor and desperate.