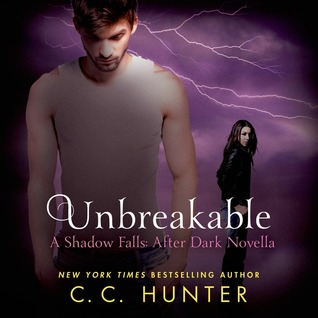 He isn’t everything he says he is. He’s even more…

Who is Chase Tallman, the newest member of Shadow Falls? What made him into the sexy, mysterious vampire he is today? And what led him to Della Tsang?

Step back in time and unearth the secrets that haunt him. The secret of how he became a vampire—and how he knows so much about being reborn. Secrets about his first love, his family--and what steers him toward Della, the beautiful, complicated girl he just can’t seem to stay away from. The one who makes him want things he thought he’d given up on long ago.

It all began with a research study, a palm reader, and a plane crash that sent him on a quest…for a love that’s unbreakable.

Thank you to St.Martin's Griffin and Netgalley for allowing me to review this novel. This in no way influenced my review.

Readers are introduced to Chase Tallman in Reborn, and they instantly liked or hated him. I fell into the instantly hated him category. I hope without hope that Della will not fall for him. I am however, eternally grateful for his actions at the end of Reborn. Without Chase there would be no Della. So this novella takes into the world of Chase before he became a vampire. Maybe as a way to get the anti-Chase folks on to Team Chase, but I can honestly say for this gal, that is not going to happen.

His family is on a mini-vacation that just happens to include genetic testing. Makes since as his daddy is a doctor. The cause for the genetic testing is not told to the kids- because well they are kids. Parents do that sometimes, normally in order to protect the children. Mindy is allowed to bring her friend Tami along for the vaca and all kinds of hormones start to swirl as Chase is beginning to notice Tami more and more. There is a carnival with a strange palm reader- she told Mindy the normal palm reader thing- long life, children and all that jazz. She did not tell Chase the normal, in fact it was kinda creepy.

There is a plane crash, if you read Reborn then you know only Chase survives. You do not know how he survives though.

Unbreakable was an enlightening story that allows us insight into Chase’s world. It may not change your opinion about Chase, which is okay. Let’s be honest it’s a Shadow Falls novella and that is why you read it in the first place.

Mindy- Chase’s older sister
Tami- Chase’s crush, also Mindy’s bestie
Eric- skivvy guy that is hitting on Mindy
Palm Reader- was she for real?
Posted by Angela ReadingCave at 12:05 AM