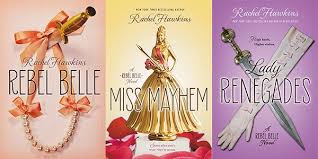 This is the most requested cake in Southern Living History. A perfect blend of pineapples, bananas and pecans, surrounded in cream cheese frosting. It is even highlighted in book on of the Rebel Belle series, as Harper knows that the best way to apologize is to actually take the time and make this cake from scratch.

Rumor is if you can make this right, tasting fabulous and looking amazing then you have achieved royal status in your hometown. What better book to pair it with than that of Glittering Court. 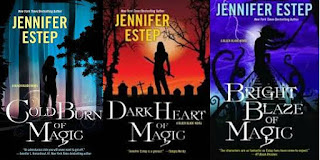 The only thing richer in than the Mississippi river bank is this cake. Chocolate paired with marshmallows, and mixed with pecans is a southern delight. The river in Cloudburst Falls has great meaning for Lila which is why it is paired with this yummy dessert.

Every proper southern Sunday brunch has coffee cake involved. This one is light, sweetened with blueberries that grow everywhere in the south (people are known to pull their cars over on the side of the highway if they see a blueberry bush). It is an airy cake sprinkled with cream cheese bits inside the batter. So right away you can see why it would be paired with Truthwitch.

Carrot cakes have been around since the medieval times. It wasn’t until it was paired with cream cheese frosting that it could be claimed as a southern cake. Many people don’t think that a cake made mostly with carrots in it would taste so good. The truth is it is simply divine, which is why it is paired with The Kingmaker Chronicles, as Greek gods are mentioned throughout. 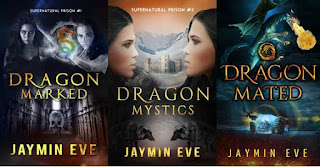 What most people don’t know is that red velvet cake is really a chocolate cake with red food coloring. Of course depending on the recipe it may or may not have beets, buttermilk, or vinegar. It is paired with the Dragon Marked series as the main character, Jessa loves cake.

The official cake of Alabama, Lane Cake tends to look delicate some wouldeven say sweet, yet once you take it bit you know that it packs an amazing punch. If made the proper southern way it has a lot of bourbon in it. Typically, there is a fear that the spirits aren’t all cooked away- so this is one of those cakes that get served to adults only. Due to its presentation it deceives the guest into thinking you ate getting a pretty plain white cake. It pairs nicely with Kate Serine’s newest series A Dark Alliance, the first book Deceived was released last month.

This cake is rumored to have been created in Charleston, South Caroline. It was supposed to be a knock-off of a queen’s cake from mother England. This is another cake that is mainly reserved for the grown-ups as the brandy in it does not bake out. Regardless, the nutty filling pairs perfectly with the Weird Girls series.


*All pictures but to were taking from Southern Living.  The Blueberry Coffee Cake and Lady Baltimore Cake were taking from the links attached to their names.
Posted by Angela ReadingCave at 12:05 AM