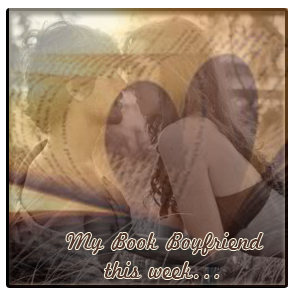 He knows how to ask for forgiveness.

“I became blinded by what I thought I needed to do. I was wrong. I was stupid. But not for one minute did I ever stop loving you. And that's why I deserve to be forgiven.”

He knows what he wants.

He looked into her eyes. “But what’s important to me isn’t what’s up here.” He touched her forehead. “It’s what’s in here.” He rested his hand on her chest on the upper swell of her right breast.

She felt her heart race. His touch hadn’t been meant to be intimate, but it felt that way.

“You mesmerized me from the moment I first saw you when we were kids. I didn’t know what you were, and yes, I hoped you were werewolf, but it didn’t matter. You ensnared me.”


He is not afraid to share his emotions. It only took five books.


He cut her eyes to the woods and whispered, "We're not alone, remember?"
"I don't care who hears it. I love you!" His voice rose louder this time.
She frowned. "Nothing's changed."
"Everything has changed," he said.”

Lucas is one of my all time favorite book boyfriends.  I was heartbroken when the series ended.  But soon enough we will be visiting Shadow Falls again- Reborn the first book in Della's story will be released May 20. Very excited, and hoping for some glimpses into Lucas and Kylie's love life.

Now is your chance to discover another book boyfriend!