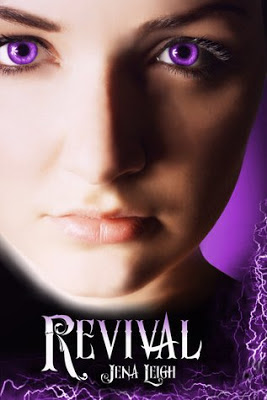 Possessing the uncanny ability to fry a television set from twenty paces can really wreck a girl’s social life.

If you’re looking for proof, just ask sixteen-year-old Alexandra Parker. After catching her boyfriend in the arms of the prettiest girl in school, she made the journey from social elite to social pariah in a haze of electricity and exploding electronics. But finding herself at the bottom of Bay View High’s social hierarchy was nothing compared to the shock of discovering who—and what—she really is.


After being zapped out of a burning bookstore by the mysterious Declan—a hero nearly as handsome as he is infuriating—Alex finds herself under the protection of the powerful Grayson family. It’s through them that she learns the truth: that the world she’s always known is nothing like it appears to be... and that she has far more in common with them than she might want to believe.


Now, on the run from a fire-wielding hit man and a secretive government organization, Alex must navigate a strange and treacherous new world filled with superhuman mutants known as Variants. As she begins to unravel the many secrets of her family’s past, she uncovers the real reason for her parents’ death twelve years earlier—and finds out that the threat to her family, and to everyone she cares about, is still dangerously real.

Revival starts a few weeks after Alexis’ fall from grace. She had recently been kicked out of the “in-crowd”. This occurred when her slimy cheating boyfriend tried to sneak around. Unfortunately, he took the other girl into a room at school that was occupied by Alex and her best friend, Cassie. Needless, to say when all the computers were fried Alex got blamed and labeled a freak. Cassie is the only one to stand-by her. Cassie is a fabulous best-friend, quick to jump to Alex’s defense-on any occasion. She gets kidnapped and yet still worries about Alexis. Her loyalty and support is astonishing.

Declan has been tasked with the job of following Cassie around. He thinks it’s a punishment kinda job until he realizes that she is in trouble, an assassin is after her. He teleports her out of harm to a mansion. Here she finds out the truth about her parents death and her electricity problem. Then her training begins.


Alex starts off a meek girl with little backbone. She is wooo is me. But towards the end of the book her inner strength starts to show. Declan is made at the world. He is wants to hate Alex- she is the reason he was orphaned after all but he does exhibit bouts of jealousy.

There is very little (okay none really) romance in the book. This is great for readers that hate insanta-love series but not so great for the readers that want a little bit of romance. There is a few scenes that show romantic tension though.