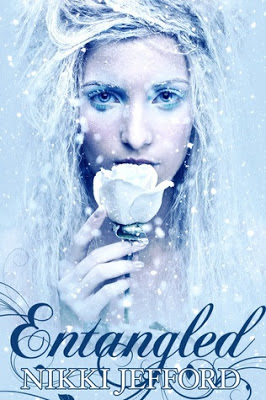 Until Gray finds a way back inside her own body, she's stuck being Charlene every twenty-hour hours. Her sister has left precise instructions on how Gray should dress and behave. Looking like a prep isn't half as bad as hanging out with Charlene's snotty friends and gropey boyfriend.

The "normals" of McKinley High might be quick to write her behavior off as post-traumatic stress, but warlock Raj McKenna is the only person who suspects Gray has returned from the dead.

Now Gray has to solve the mystery of her death and resurrection while working out a way to disentangle herself from Charlene's body before she disappears for good.

I received this book via the publishers through NetGalley. That in no way influenced my review.

Graylee and her twin sister Charlene  were born into a magical family.  With a witch for a  momma and a warlock for a dad it is no surprise that they both rock with magic, except well Graylee doesn’t.  In the beginning she did, she was actually the best in her class.  Then something happened in the sixth grade, since then Graylee freezes up every time she tries to perform a spell in front of her peers.
Graylee had the misfortune of Charlene as her twin sister.  From the very first line in the book the reader knows that Charlene is the attention seeking, drama-rama kinda gal.  Whereas Graylee just wants to be left alone.  So one night Graylee goes to bed and wakes up two months later inside her twins body.  She had apparently died and her mother gave up her magic to resurrect her.  Unfortunately her body was rotting so she ad her sister had to share one.  Every 24 hours there was an involuntary switch.  Thus begins the search for a way that Graylee can be permanent again.
Secrets are revealed, families will be broken and others will come together.  But one thing is certain, Graylee’s life will never be the same.
There is something about Graylee that draws the reader to her.  Maybe it is her “are you serious kinda attitude?” or maybe its “her gotta deal attitude” that brings causes the reader to cheer for her.  Her sister on the other hand well Charlene is the evil twin.  When Graylee wakes up every other day it’s almost with anticipation of darn it what id Charlene do yesterday?  I love that she is shocked by her sister’s actions.
The attraction between Graylee and Raj is cute.  I like that she doesn’t instantly fall for him.  I like that she is weary of trusting him.  I like that he is standoffish to the world and well tenacious in his regard for her.  When he tries to give her crap, she gives right back.  Their relationship blossoms under all of the confusion- which is nice.  Raj almost becomes Graylee’s tower if strength, as long as he believes there is a way then there must be.

The story does start off a little on the slow side but Jefford makes up for that after Graylee dies.  From then on the tit for tac interaction between the sisters is surprising.  One of the best scenes involves Graylee and Charlene’s boyfriend.  Boy, does she accidentally screw that relationship up- it was actually already screwed up but still.  You will understand more one you read the book.
Overall this is a charming story that will capture your attention.   There is no way that you will not want to read the next book in the trilogy.  Lucky for you it is already out Duplicity.

Raj- warlock, has a crush on Greylee, recognizes when she is her and not Charlene, attempts to help her
Nolan- warlock, knows Graylee’s secret
Charlene- Graylee’s twin
Posted by Angela ReadingCave at 12:01 AM