Kate SeRine has officially signed on with Kensington to write a novella and at least one more full-length novel.

The novella, GRIMM CONSEQUENCES, is a sequel to RED and is the story of what happens to Nate and Tess a couple of months after the end of the first novel but before events in THE BETTER TO SEE YOU. In books 2 and 3, you might've picked up on references made to tribulations the couple had to endure after the events of RED. Now you get to find out what exactly happened to them to make their love for one another stronger than ever.

GRIMM CONSEQUENCES is tentatively scheduled for publication in February 2014. (FYI - It's a complete story. A full plot arc, no cliffhangers, etc. So really and truly just a short novel.)

Book 4 of the Transplanted Tales series will be Gideon's story! Gideon was in THE BETTER TO SEE YOU and I adored him in ALONG CAME A SPIDER. Publication is tentatively planned for fall 2014.

This is me doing the happy dance! Gideon seriously stole my heart in Along Came a Spider. You should see him in action. HAWT! 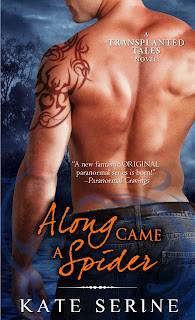 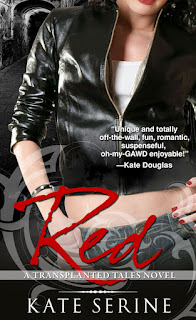 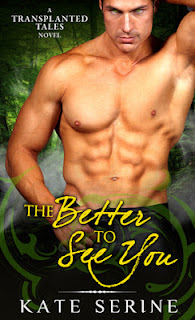 a Rafflecopter giveaway
Posted by Angela ReadingCave at 10:02 AM