Day Three of Decking the Halls with the Shadow Falls: In the Kitchen with Miranda

Day Three of Decking the Halls with the Shadow Falls crew is a special treat, baked by Miranda. 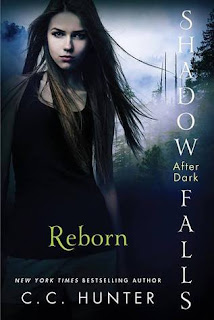 Okay, I talked about Della’s favorite Christmas songs, but I don’t want Miranda to feel left out. So, I thought I’d share what she’s been up to lately. She loves to bake goodies for all her friends, so the flour has been flying—literally! She is a witch, after all!

She has whipped up some Christmas Bark (white & dark chocolate with candy cane sprinkles) for Lucas because he’s a werewolf. Bark. Get it? Miranda thinks it’s hilarious. Hopefully, Lucas will too.

For Della, she’s baking a red velvet cake, and in her recipe the red doesn’t come from food coloring! Boy is that vampire going to be surprised!

Kylie will get something traditional like hot apple cider, because she knows her friend is a traditional Christmas kind of girl. 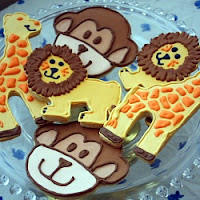 And for her shape shifting boyfriend, Perry, she’s decide to make him cut out sugar cookies and she’s still trying to find cut out shapes representing all the different animals she’s known he has changed into. But she’s still looking for a pterodactyl.
Posted by Angela ReadingCave at 12:05 AM